Students who take a calculus course in high school are more likely to succeed in engineering, science and technology majors in college than those who don’t, so Orange County’s Calculus Project offers the promise of opening STEM careers.

Orange County’s first phase of the Calculus Project — boosting middle school algebra success — is working. In 2017, Orange had a larger percentage of middle school students — 45.7 percent — taking and passing algebra 1 than any other school district in Florida, nudging past Seminole County school district, which often leads the state in math and science success.

Donations can be sent to:

If you order items from Amazon, we would appreciate your support by selecting us as your charity. Amazon will donate 0.5% of the price of your eligible AmazonSmile purchases. Your donation will help us continue to provide excellent math instruction to Black, Latinx, and economically disadvantaged students.

The Calculus Project (TCP) is a grassroots-style initiative to dramatically increase the number of students of color and low-income students who complete AP Calculus in high school. TCP is defined by its comprehensiveness, its very high expectations, its cultural sensitivity, and its commitment to sustainability. 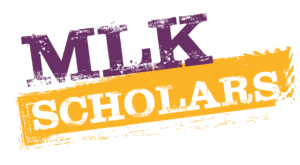